OrganicGardening.com was an online publication owned by Rodale Inc. Rodale also owned Organic Gardening magazine. The online publication provided readers with a wide range of gardening techniques, including lawn care, garden design, and how to take care of trees and shrubs.

Try to find OrganicGardening.com today, and you will get the message: “This site can’t be reached.” What could have happened to the publication that was once the go-to resource for people looking for helpful articles about all aspects of gardening, such as methods and best practices for growing flowers, vegetables, and herbs?

We took some time to answer the question above by following the history of OrganicGardening.com, the content it published, and changes in its ownership over the years. 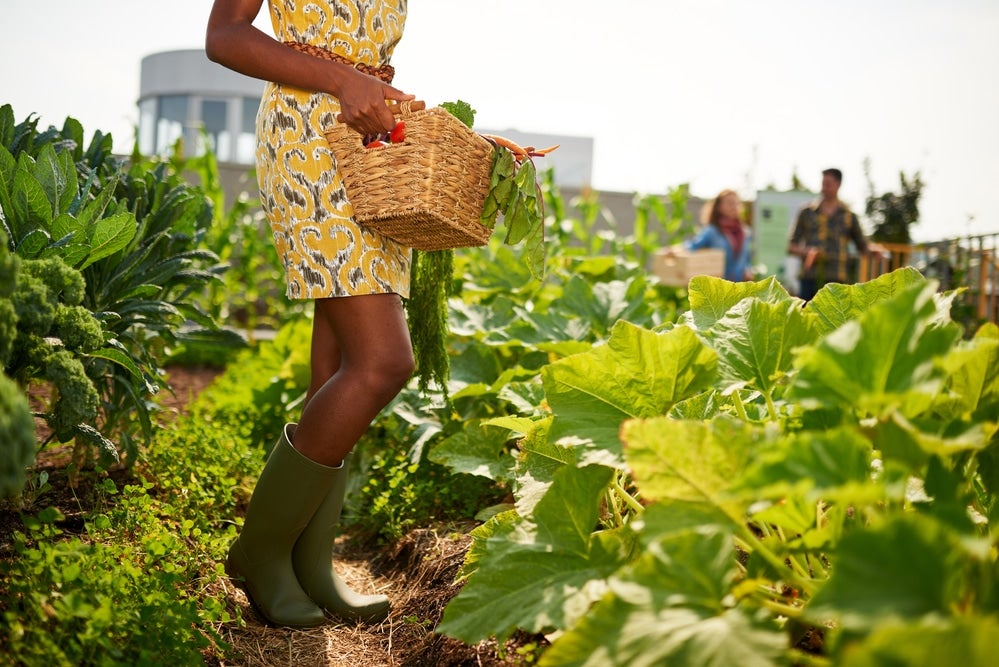 Rodale Inc. established OrganicGardening.com in 1998. At that time, the magazine was a simple page promising readers that they would “find detailed information and opinions about the USDA’s National Organic Program and help in getting your informed voice heard in Washington.”

The company that owned OrganicGardening.com was initially owned by Jerome Irving Rodale, a publisher, playwright, author, and editor.

J.I. Rodale is defined by the New York Times as a man who was “Not fanatical in his arguments or in his personal regimen, unlike some organic cultists.” The same newspaper reports that even though J.I. Rodale advocated for organic farming, he was not a vegetarian and would “indulge occasionally his lust for ice cream.”

It’s difficult to tell the story of OrganicGardening.com without first mentioning Organic Farming and Gardening magazine. According to Encyclopedia.com, the story of the original magazine begins during the Great Depression when J.I. Rodale realized that people were not concerned about what they ate as long as they had food.

Inspired by the book titled An Agricultural Testament by Sir Albert Howard, a proponent of natural farming methods, J.I. Rodale established the magazine Organic Farming and Gardening in 1942.

In his article, History of the Organic Movement, William Kelly reports that “One-thousand copies of the first issue were mailed to farmers to solicit subscriptions, with only 10 takers, but Rodale persevered.”

Kelly says that J.I. Rodale would soon learn that it was easier to convince gardeners than farmers. Consequently, he changed the magazine’s name to Organic Gardening and operated it for 16 years before making a profit.

The problem of a magazine that wasn’t making a profit in its first 16 years was only one of the challenges that J.I. Rodale faced. He also had to contend with a scientific and farming community that was vehemently opposed to some of his views.

Kelly provides an idea as to why the farmers of the 1940s found J.I. Rodale’s ideas unpalatable: “The agricultural community was proud of the large increase since 1945 in production per acre and per hour of labor made possible by fertilizers and pesticides.” Therefore, “To reject all the advances in production and adopt a labor-intensive system such as organic gardening was unthinkable to farmers and agricultural scientists.”

If the farmers and agricultural scientists opposed J.I. Rodale’s organic farming opinions, the public seems to have had an appetite for hearing them. By 1980, Organic Gardening had achieved a circulation of 1,300,000 copies.

When J.I. Rodale died while taping an interview for a T.V. show in 1971, his son Robert “Bob” Rodale took over the reins at Rodale Inc. Bob Rodale declared that “To be the agent whose touch changes nature from a wild force to a work of art is inspiration of the highest order.”

Bob Rodale was described by the U.S. Department of Agriculture’s National Agricultural Library as the man who “carried on his father’s work through publications, lectures, agricultural research, and inspirational leadership.” In the process, “He built the family publishing company into a major entity.”

Bob Rodale seems to have had the same business acumen as his father. In a report about Bob Rodale’s death in a 1990 car accident in Moscow, Russia, the Buffalo News says that under his leadership, “The Rodale Press has become a publishing giant known for its sophisticated direct-marketing techniques.”

In 2015, seventy-two years after J.I. Rodale decided to focus on gardeners and not farmers, it was time to focus on life itself. The executives at Rodale Inc. decided that the name of the magazine would change to Organic Life.

In an article published by the New York Post about the name change, Keith Kelly writes: “Ironically, Organic Gardening lived exactly as long as the company’s founder, J.I. Rodale, who, during an appearance on the Dick Cavett show in 1971 predicted he’d live to be 100 — and then promptly dropped dead on the set.”

Oseland adds that Organic Life would “be a community, a clearinghouse of beautiful, authoritative information that will weave together food, shelter, gardening, wellness, and good living–an intersection of topics that lie right at the heart of Rodale and what so many of us care about.”

In 2017, the print version of Organic Life was discontinued. This decision seems to have been forced on the company by declining circulation figures. Single-copy magazine sales plummeted from 36,000 to 17,000 an issue within six months in 2017.

In 2017, Hearst Corporation acquired Rodale Inc. and its publications, including Organic Life. The transaction was speculated to be worth $225 million.

Writing for The Wall Street Journal, Jeffrey Trachtenberg suggests that acquiring Rodale would make it possible for Hearst “to diversify into categories that have been relatively resilient in a tough publishing environment while creating opportunities to build consumer businesses.”

What Then Happened to OrganicGardening.com?