How To Landscape Around Trees

The possibilities for landscaping around trees are endless.

Trees give us opportunities to create peaceful shady areas, and they also reduce the amount of grass needed in certain areas because we can use garden mulch and other fillers to protect and insulate the tree.

These also offer the opportunity to create amazing landscaping looks that complement both your yard and your trees, so let’s dive into some of the best practices when it comes to landscaping around trees! 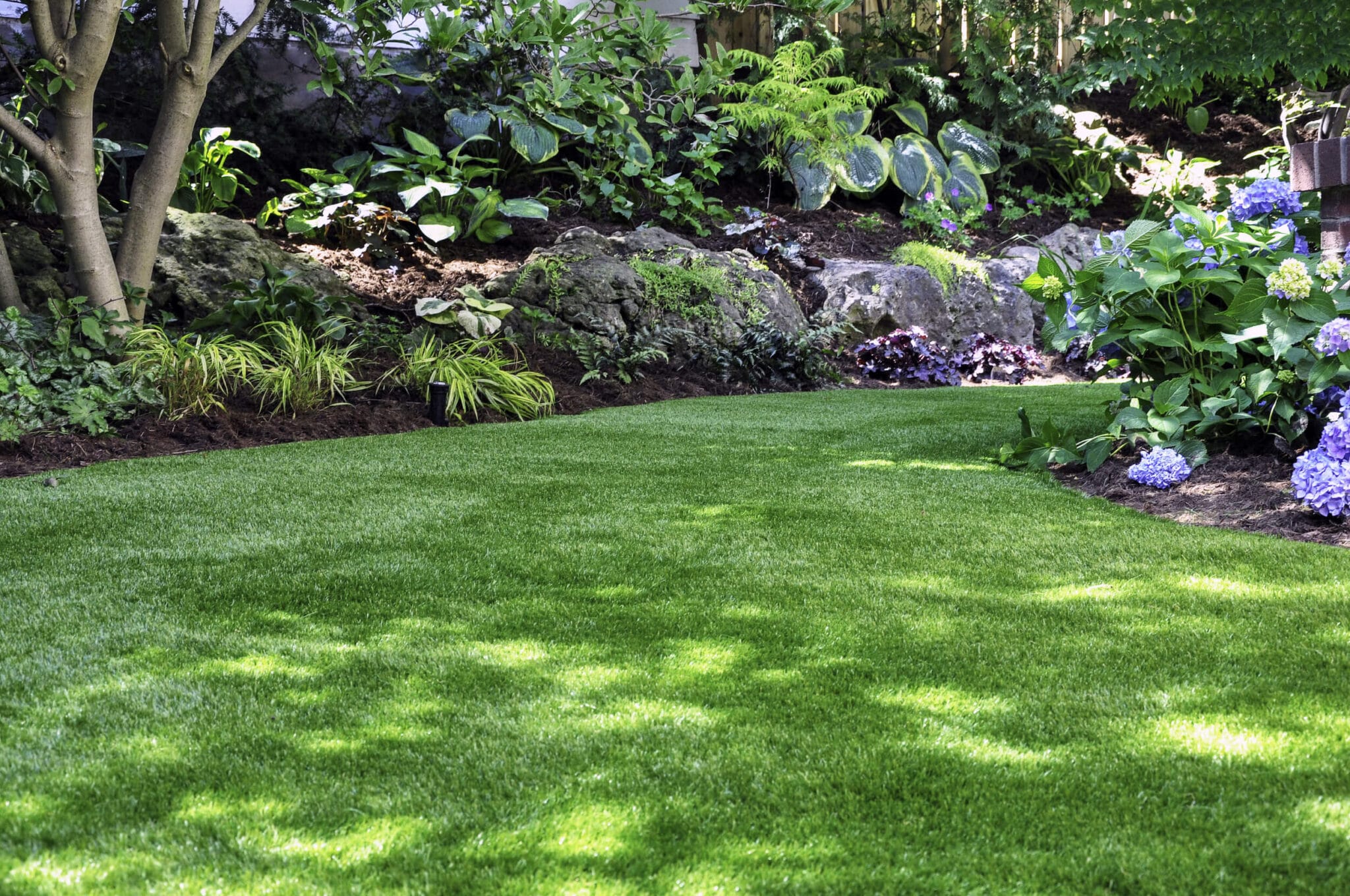 Don’t Use These Plants At The Base of Trees

First things first, be sure you don’t use the wrong kinds of plants at the base of your trees.

Although some plants, like flowers, are a great embellishment around trees, there are some plants that you’ll want to avoid because they can be invasive to your trees.

Non-native plants are especially invasive because they aren’t designed to co-exist with native plants. Each non-native plant has its native alternative that makes for a better option (see list below).

According to the Smithsonian Institution, these are the top six invasive plant species in the Americas:

Introduced from Europe and Asia to the United States in the early 1800s, the Purple Loosestrife is invasive to wetlands in areas like Mississippi. A single Loosestrife is capable of spreading over 2 million seeds per year.

After being introduced to the Americas by John Bartram in 1756, the Norway Maple displaces other native trees and is known for dominating the Northwest and Northeast.

The English Ivy was introduced in the early 1700s for easy ground cover purposes. Although this highly invasive species is still traded and used in the Americas today, it has an aggressive and spreading vine that smothers local wildlife.

This ornamental was introduced in the 1800s and can grow in deep shades. The Japanese Barberry is heavily detrimental to forest lands in the Northeast US.

Brought to Long Island in 1806 for erosion control, this Asian honeysuckle ravages the Northeast with its aggressive vine that smothers other plants.

The Asian Kudzu plant was introduced by the Japanese in the early 1900s, and by 1940 over one million acres were planted in the Southeastern US.

The Kudzu can grow up to one foot a day and 60 feet annually with heavy vines that smother native plants with their weight.

Do Be Careful Of The Tree’s Existing Roots

Existing tree roots can make landscaping difficult. For one, tree roots sometimes rise out of the ground far away from the tree causing uneven soil, cracking concrete, surfaces that are easy to trip over, electrical/plumbing problems, etc.

Even worse, damaging too many of a tree’s roots can lead to poor health or – in the worst cases  – the death of the tree. Be aware of other plants growing around the tree because you want it to have space to grow, and especially keep your eye out for tree seedlings that can turn into another undesired tree if not taken care of.

Remember, the deeper the tree’s roots, the better. Cut any roots that are coming up out of the ground. Roots that grow too close to the surface of the tree base get baked in the summer, and they get bitten by frost in the winter.

That’s one of the reasons why using a lighter filler bark/soil is bad when installing a tree because roots draw themselves to less compact areas.

Don’t Alter the Type of Soil Around The Base

Altering or amending the type of soil around the base of the tree is typically detrimental to root growth.

For example, if you are planting a tree in thick clay, a thinner soil towards the top of the surface will make the tree’s roots grow upwards instead of fighting to reach down into the firm soil below. This can be even more detrimental if the soil is already struggling to support the tree.

For instance, according to Tree Triage’s tree removal office in Atlanta, GA, if the soil around a tree is already “degraded” (which can happen after drought, severe storms, or flooding) it can shorten your tree’s lifespan significantly. Adding poorly paired soil on top of that can lead to your tree needing to fight much harder to get the resources it needs.

It’s easy to damage other parts of the landscaping when trimming trees, so that’s why it’s important to be meticulous about removing large tree branches.

Symmetry – what shape do you want for your landscaping? Use a mason’s string tied to the center of the tree to walk around with a marking spray paint to create a perfect circle.

Defining the lines for your landscaping is the first part in the process, and enclosures like concrete curbing help protect the tree’s base. You could also try brick pavers around the perimeter of trees.

You can use an edger, a weed wacker, or just a shovel to dig out the area around the tree.

The possibilities are endless for what you can do around your trees, and you can always talk to a licensed landscaping contractor in your area for great ideas.

What have we learned?

So, we’ve learned some invaluable tips for creating flourishing surrounding space for your trees to grow healthy and happy. We’ve also learned to use native plants and avoid invasive plants that smother native species.

Let’s keep the world breathing clean air by producing as many healthy, oxygen-producing trees as possible.